My brothers and sisters, Uganda must move forward.

We should not delay its development any longer.

This means that we have to leave political power to the elected leaders of Uganda and cultural power to the Kingdoms and other cultural leaders within Uganda. These leaders know details of everything and if we give them time and a suitable environment they will surely come to a consensus. Distorting this will mean violence because we will react before knowing the bottom line of the situation.

Why can’t we live in harmony, love each other, respect each other and stop abusive language and the feeling that you are the only one!!!

My friends in the Diaspora just imagine you being segregated and even forced to leave where you are now because the natives don’t want you in their countries anymore? Would you welcome that?

Let us stop inciting hatred and confrontation. When one draws the gun what happens?? The innocent suffer and even die.

The question of a regional government is the answer to devolution of power. If the central government surrenders power to regions to manage education, health, road networks, culture, agriculture etc. this is a good beginning and regions can ask for more in the future after proof of efficiency and effective management.

Whatever we aspire to achieve, must be supported by other Ugandans.

We cannot work in Isolation.

Make my joy complete by being of the same mind, maintaining the same love, united in spirit and intent on one purpose of developing our motherland.
Gilbert Bukenya
Vice presdient, Uganda
UAH forumist

Wake up ugandans and unite 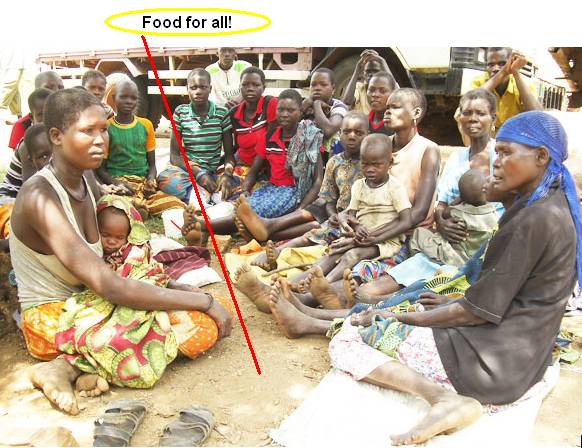 For so long we have come to observe our ability to listen to each other erode. You can almost see it on the various public fora that we all contribute to as a people from the various tribes of Uganda. We are a bit impatient with each other, and we cannot wait to unleash the harshest remarks to cause unnecessary pain upon each other. I’m not sure whether that comes directly from poverty of spirituality, or a resultant of an oppressed people with a haunting violent past.  Given that we come from a society that takes little pride in psychological trends the onus is upon us to recognize and desist rather unhealthy and disturbing trends that have come to define our own individual fragility.
I have also observed a more disturbing trend, emerge from our perspectives, one that has taken the peace and loving interiority of Baganda for a weakness rather than a quality attribute worthy of note for nation building.
Looking at their other counterparts the Hutu, a big difference demarcates their  gathered response, but lets not be fooled even a gentleman pushed too far can show signs of fatigue.
Now it is up to the rest of the country to take note, that the walking mat status is being lifted and like a magic carpet be prepared for a rocky ride and a “DO NOT TRAMPLE UPON US” signs that preserves Buganda’s sensibility in all areas where folks once walked freely to unload their insensitivity.
I pity those who have not seen the light of quite disturbing trends and signs to become the last Baganda, to befriend a regime that has violated every spirit and aspiration of the Baganda people and many others who are currently taking inventory of loss.
Waking the sensitivity nerves of a sleeping giant, might have not been a bad thing for the country after all. I think there has been an observed absence of active participation of unfettered Baganda in management of the affairs of the nation.
Which is premise to the many gaffs on all attempted projects in the recent years. To run a nation for 24years, and still have no private industry to speak off, which can employ the few graduates put out each year is indeed an index of bad governance.
The killing of markets of Vanilla and other products that once fueled the engines of Buganda ain’t such a hot thing either.
I wonder what men of Buganda, who hid the president like Lutamaguzi of luweero, or Captain John Muleke who paid the ultimate price while protecting a man who used to parade their King as a friend at every opportune moment simply to peak their interest and loyalty in his cause, would say today.
Those who fed and shielded him during his utmost hour of need, have to be turning in their graves at the turning of guns on their remaining tribesmen. Like in the Rwanda Kisingani incident,somethings a forgotten but not fully forgiven until a genuine apology is rendered by the perpetrator.
I’m told that DR. Kiseka, a man of integrity sold an entire building to help the president’s cause when dawns were young; but money to care for him and his wife was painfully slow in coming, once the president was asked to return the same favour in peace time.
Leaving such folks that saved his life hung to dry, ought to have been tell-tell signs to the Baganda, indicative of the insensitivity of the president, vices that have helped drive many who liked him away.
How could he hope to continue rallying men behind his causes, having shown all qualities of an iron claded heart with those who shielded, and supported him. We know that nations have no friends, but little did we know that even our president like a nation has no friends just his own interests period.
Tendo Kaluma