How to find out who owns EBB airport 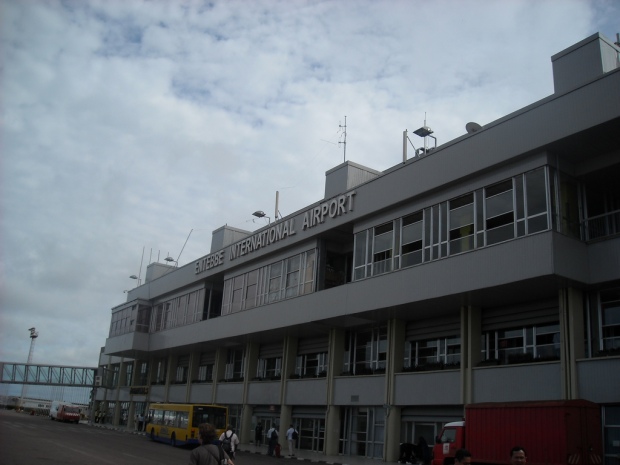 Change of ownership or management of an international airport, like Entebbe, must be reported to the International Civil Aviation Organization, ICAO, a UN body, within 2 weeks after the change takes effect.
Uganda, as a signatory to ICAO, is mandated to do just that. So, you can check with ICAO to find out who owns or manages EBB. If Sam Kuteesa or any individual owns or is running the airport through a proxy, that third company must be listed, and its major shareholders identified in an accompanying filing with the ICAO.
The ICAO won’t divulge the directors’ names, but will tell you the controlling company. So, it’s not that hard to find out who owns or runs EBB.
Pojim

Buganda can only get ‘ebyafe’ when Uganda is a federal state

1/2 I made a very specific claim, namely that, the shallow/narrow/hollow-mindedness of the Mengo establishment is a cancer that will take Uganda to her grave; and that in the event of Uganda going to the grave, it will not be fun for Buganda.  That is a very specific claim.  Just to take you back to the context from which I quoted myself, we were debating the question of the wonderful “Akenda”, or 9,000 Sq Miles that Mengo claims is the property of Buganda.
2/2 It was being stated in that message that:

a.  Nine thousand square miles has never existed and infact there is a very serious problem with any individual or group that lays claim to 9,000 sq miles and I outlined all the facts to support my claim.
b.  What actually exists as public land in Buganda is 4,227 and not 9,000 Sq Miles, as many of you continue to argue, and to excite the public in Uganda.  I indicated that, to lie to the public about the existence of 9,000 sq miles when such land has never existed makes the Mengo clique a burden for the Buganda public, including Baganda.
c.  That public land is Buganda land only to the extent that it is in Buganda; but it actually belongs to the authority that is charged with the political management of Uganda and Buganda, and in the present circumstances, the owner is the Government of Uganda.
d.  The land was at one time called “Crown land” because Buganda and Uganda were territories of Britain and the head of government in Britain was the Queen.  It was “Kabaka’s land” from 1962-1966 because the Kabaka was the embodiment of political authority in Buganda under the 1962 pseudo-federal constitution.  Once unitarism became the system of government, that land reverted to the central government.
e.  That land belongs to the Central government, and that can only cease to be the case if Buganda secedes or if Uganda is becomes a federal state.  We have argued here on the forum that, instead of Mengo wasting time whipping up the emotions of mobs, it should launch a sobber and well thought campaign either to secede or to have Uganda run as federal state.  It is then and only then that “Ebyaffe” talk can cease to be the nonsense that it is now.

But Federalism is hovyo because:

Summary: Some politicians, when lacking in “gymnastics of the Mind”, forget what took them to parliament and start thinking that, with sufficient gun/power, they can out do the English King Canute, who once ordered the sea-tide to ‘stop’. Some, like the so called workers’ MP. Pajobo, instead of trying to save the NSSF and the Workers house, is busy calling for the abolition of Kingdoms, as though they were created by Acts of Parliament, in the first place. Did the “sugar cane cutters” of Kakira send “Comrade” Pajobo to Parliament to abolish Kingdoms or to fight for a minimum living wage, a feat he has failed to accomplish!!??

The following post tries to show that, while it is true that kingdoms may be “raped”, denied resources, freedom space and time, they cannot be abolished from the peoples’ minds and daily life. Such a fuile affront would only be a waste of the taxpayers’ money.                    Nice reading

1/4. On abolition of Kingdoms as advocated by the NRM MP’s: How can you abolish something you never created? Can a Kingdom 500 years  or so old, be abolished by the stroke of a pen? I think “No” for the following reasons:

1. One would need to rub all the history of that kingdom from historical record and from people’s minds, an impossible task.

2. One would need to kill all the Royalty [Royal families and clans, etc] and then the whole population [All Banyoro or Baganda, for example]. [Tamale Mirundi thinks the 1917 Russian revolution destroyed ALL the Romanovs – a lie since even today there are many scions of the Romanov dynasty in Germany, England, etc. For example, during the re-burial of Emperor Nicholas recently, the Royal family of Russia turned up in numbers.  {Comment: It is not clear as to why Mirundi likes exaggerations and lies, even on subjects beyond his grasp}], etc, etc.

2/4. So, if it is impossible, what do the politicians mean then, when they say they want to abolish Kingdoms? The answer is mainly based on ignorance but the following are among the reasons:

a) Many think that, by robbing Kings of their physical resources, they will have abolished them.

b) Others think that, since they are not armed, when you surround their palaces at night and illegally put hem under ”house arrest”, you are capable of “abolishing them”. Just by enacting a law that the “Kingdoms do not exist from to-day”, they will indeed disappear.

c) Others think that, by demeaning them and imagining that they do not exist, and by reducing their prestige, they will disappear from the minds of the followers.

d) Still, others think that by DENYING THEM SPACE AND TIME, and by denying them their fundamental freedoms, they will have “managed” them.

3/4. However, all such actions, taken singly or severally, do not remove the kingdoms since these kingdoms are in the peoples’ “blood and mind”. It constitutes fun when even people that have no Kingdoms in their cultures start talking about the need or no need for Kingdoms. Funny indeed.

4/4. Request: let the MP’s devote their time and other resources to serving their electors, and not question god-ordained order in society.

The issues then were:

1. Un-armed civilians were shot at Nakulabye suburb, at the beginning of Hoima road. All future politicians, including M7, talked about this “Crime against humanity” for decades.

2. The other two issues were:

3. What followed soon after, in ’66, is not history yet. Today, we hear complaints: “he has refused to take my calls [of all accusations] for TWO years!!!! Brrrrrrrr. He must come and meet me at my house.  So, people who sweep the streets and prostrate before H.H the Kabaka, Chairman Mao [not Tse Tung] style you are pocking the “Lion” in the eye.

4. 24 have been executed without trial by military and Kiboko [whip squads]. About 1, 000 in are lnguishing in concentration camps but, unlike back in ’66, the state of emergency , now in force for three weeks, has not been declared. This is not a country but someone’s own farm, where the populace are animals to be treated by the owner, as he may wish.

Who said history does not repeat itself???