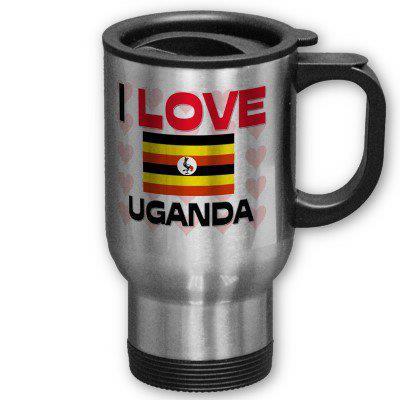 Yours Excellency. I am Catherine Ddembe, the FDC councilor of Mpigi district and a close friend of Ssebina Ssekitoleko your NRM mobiliser for several years. Around September 2012, I was requested by -y friend Sebina to meet the Inspector General of Police, Lt. General Kale Kayihura to discuss some urgent matters. I agreed to meet General Kayihura in his office at Police Headquarters on Parliamentary Avenue, he asked me to do a mission for him and in return, I would be paid whatever I wanted.

He offered to give me a title for a house in Kampala and a scholarship abroad for further studies. He wanted me to visit my friend Michael Kabaziguruka, the Vice Chairman FDC Electoral Commission at Luzira Prison, where he was remanded on treason charges to convince him as well as Frederick Namara who was once your soldier in PGB and others that were facing similar charges to confess to having been rebels.

Dr. Kizza Besigye he said is a problem with his attempts to overthrow government. He wanted me to convince Kabaziguruka to give a written confession saying this. I got worried when he also asked me to say that the Prime Minister Amama Mbabazi, the Chief of Defense Forces General Nyakairima, General David Tinyefuza, and others were the funders and leaders of this rebel group. As a supporter of FDC, you know that I do not support the People’s Redemption Army. If Kabaziguruka and the others agreed to cooperate, they would get their freedom and 200 million shillings each.

I was scared, but I still went to visit the prisoners. ln fact, I visited them many times but my conscience was not clear. I even went to Nakawa court when they were taken there. Ssebina drove me all the times and I felt I could not say no. My friend’s reaction to my offer was of suspicion. They claimed that they had been framed regarding rebel activities, and were not willing to confess in case they ended up in jail forever. Then they told me some other FDC member had also approached them telling them that they were to be poisoned in prison. They told me to go talk to their lawyer Rwakafuzi. When I reported back to the IGP, he said he would talk to Rwakafuzi himself. I did not tell Kale of the poison threats on the prisoners.

A few days later, Kale called me and informed me that Rwakafuzi had refused the offer and said that his clients were innocent in the first place. Then Kale told me to continue engaging my friends at Luzira to convince them that they would find them another lawyer. He even offered to pay their legal fees and upon their release they would be paid 400 million shillings each. I went to talk with Kabaziguruka and Namara again but they refused saying they would die. Kabaziguruka refused saying that in his life he had never met with Mbabazi, Sejusa and Aronda and he can’t help NRM sort out its internal fights.

As for Besigye, Kabaziguruka said that he will die first before implicating his President. When I reported back to Kale, he became angry and insisted that I must finish my mission since he had already arranged a meeting for me with you during your visit to his father’s memorial service in Kisoro last October. After that I went back and met Kabaziguruka and Namara while they were appearing at Nakawa High Court but again they refused.

On Independence Day, Kale called me and informed me that he would skip the Independence celebrations at Kololo and that I should meet him in Muyenga Community Police Post. I wondered why the IGP would miss the Golden Jubilee celebrations and want to meet me. When I arrived, Kale accused me of not doing enough to convince my friends at Luzira to cooperate and yet this operation was blessed by you. He talked a lot about how this operation began Your Excellency, I beg to meet you and tell you more when it is us two.

He told me that the arrest of Kabaziguruka and friends was a set up. This is also what Kabaziguruka had been telling me when I visited him. But Kale said it was your Special Forces that planted those guns. Afande Brig. Muhoozi Kainerugaba had assigned his most trusted soldier, Captain Kashakamba to carry out the operation. I did not believe him and told him that I was scared and wanted to get out of these things.

I feared also now that I would be killed. Kale gave me 20 million shillings to continue with Kabaziguruka group until they agreed to the deal. 20 million was supposed to take care of their families and their welfare at Luzira. Kale told me that he had deployed police escorts to guard the Kabazigurukas on the way to and from Nakawa High Court and that this was a way of putting pressure on them to show them that they had no alternative but had to accept his offer.

While we were seated together, Kale received a phone call from someone he kept on calling as MK. He told him that he had received reports that the Besigye/Mbabazi, Aronda,Tinyefuza group was planning to ambush the prisons vehicle that was transporting the Kabaziguruka’s to court and kill the suspects in order to stop them from talking’ In addition to this, he reported to the same MK that the group had some rebel troops already in Kampala and were planning to attack Mbuya Miltary Barack Naguru Police Barracks and other isolated police stations in central Region. And then Kale told MK that he had requested for 127 billion shillings to sort this out and they were delaying’ He also said on phone that the request was sent to Finance under “supplies” and they were delaying. He told the person on the other side of the phone that they would put pressure on Finance through you since the rebels were becoming stronger.

When he got off the phone, Kale told me that since the Kisoro meeting with you did not happen’ he wanted me to meet you at another time. He told me to tell you that my friends in Luzira had confessed in me that the leaders of their rebel group were NRM leaders in the army and in the party and that also Besigye had carried the other army generals to meet to the Kabaka at his palace in Banda where Kabaka had given his blessing. He also told Muganda me that since the inmates refused to confess, my story would be enough. I am a Your Excellency. I cannot speak about the Kabaka like that.

Your Excellence I decided then that i was going to go in hiding. This man was using your name and I did not feel safe. To know Kale is doing a bad thing, he said he would travel with Ingrid Turinawe our chairperson of FDC women’s League to Norway. From Norway he wanted to buy a confession from a man called Frank Atukunda who is a political refugee in Norway. But when I asked Ssebina why Norway, he told me, Kale was going to Rome for an International police conference. Ssebina told me that I should not talk’ nobody knew he was going to Norway and everyone thinks he will be in Rome. Kale would fly to Thailand to meet you and hand over the confessions he gets in Norway himself.

After this, I got scared and decided to go hide in the village for some time. My conscience was not clear so I asked my relatives and some party members what to do. I was advised to run away from Ssebina and Kale because they are dangerous and powerful. Can you imagine Your Excellence, that Ssebina is so powerful that even Kayihura took him to address the police council? Also Ssebina moves with 5 guns in his car.

Your Excellency, I have written to you because I fear for my life. These people are using your name’ I am also seeking audience to tell you more. The recent problems in Kampala must be the work of IGP Kayihura and Ssebina and their people to justify the existence of the rebel group’ I say this because I have heard Ssebina boasting that these killings are being done by a unit in police headed by a man called Nixon.”

————————————————————————————————————-
This work of fiction by very evil and malicious persons. I have never met, talked to Dembe Catherine, let alone what is being alleged here. The alleged meetings, and conversations simply did not happen. Preliminary investigations clear show that the letter itself is fictitious. I did not realize how evil, diabolical some human beings can be! No wonder, they crucified Jesus, and this weekend have no shame celebrating his resurrection.