WHAT IS THE TRUTH ON THE CANDIDA STORY 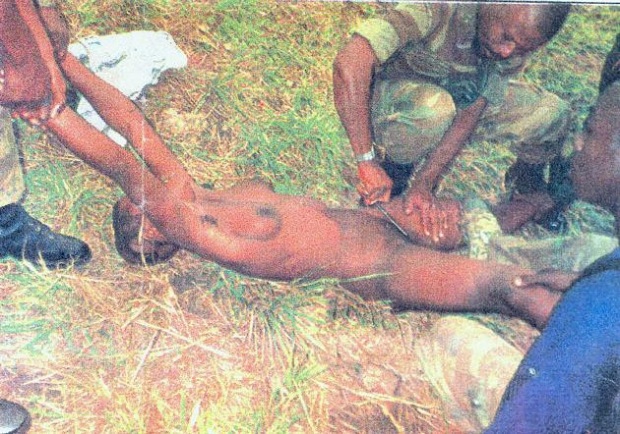 The Candida photo. For those not familiar with this story it was a photo of UPDF soldiers forcefully shaving the pubic hair of a woman in Gulu barracks.The picture appeared in the Monitor edition of 11th May 1999. ‘I was the MD and Editor in Chief of the Daily Monitor. Charles Onyango-Obbo was the Managing Editor effectively in charge of editorial work and my No 2.Odoobo Bichachi was the only other Samia journalist in Monitor out of over 40.The company was well structured and built on sound business principles. But yes, we sometimes differed in opinion which is normal. The founders of Monitor were all highly opinionated journalists who never easily agreed without debates. But we finally always agreed and moved forward.

Ask State House and CMI why they took Candida file from my office complete with all the investigation material including many fotos taken in Gulu barracks. We used some of those materials to win the Candida case.Candida lost her case because her lawyers the then Honourables Jacob Olanya and Norbert Mao did a lousy job for her.

Yes, out of humanitarian considerations Monitor provided some basic needs items to Candida while she was in Prison. But that was it. We did not know her before we published her foto. She came to us herself after the foto was published. The foto had been brought to us by a UPDF soldier from Gulu barracks.

Rwanda has never controlled Monitor in any way. And Charles never tried to usurp my power or to fight for a position.It was not necessary at all……..The person who posted Hitler’s foto on State House website made a big political statement on the direction our country is taking.’