The actual net problem of Uganda is its population. 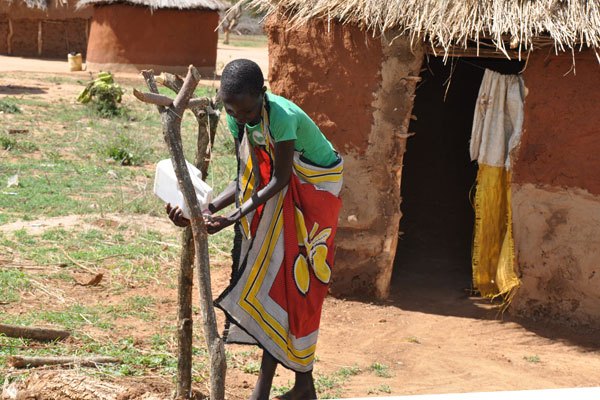 BY EDWARD MULINDWA VIA UAH FORUM

Well, we have a population in Uganda let us critique it to understand how valuable is the population in a national development. Although too many out there love to go after Uganda leaders, the actual net problem of Uganda is its population. The population of Uganda is utter useless, and has failed inside Uganda as it has failed in diaspora. Many Ugandans immigrated into Boston,USA, way back before even Amin came to power, how powerful is Uganda community in Boston? They have sadly started to fly home for they simply cannot fit into senior citizen homes during their retirement age, did they fail to invest for their future due to Iddi Amin’s brutality or for Museveni is a Rwandese? I am not going to dwell so much on Ugandans in diaspora, let us candidly dissect the population at home. 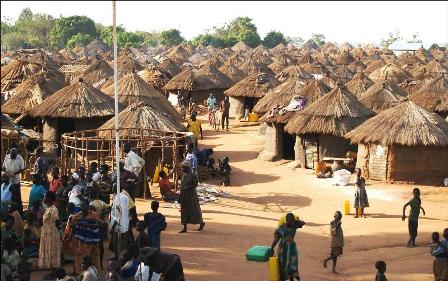 Northerners, Karamojong’s, Bakiga and Easterners are a bunch of lazies, that love free things. Let us start with Northerners, they are sitting on the most fertile land on the entire African continent, Acholi and Langi own a plateau that is more fertile than the Buganda soil, stand up and explain to me how they have put a value into it. If only a single Acholi/Langi brain stood up and used that land intelligently, Northern Uganda would have by today been able to feed the entire refugee population in Africa. In 2017 they are still living in huts, they shit on the jungle, and a very few smart thieves like Adoko Nekyon that can loot, live in Kololo and smile for they are smart. It is interesting, there is a war in the North right now, and do you know what they are fighting for? It is the land, do not touch it and never touch it. They will fight to death for that land, a mass they have sat on for decades and failed to utilize. Stupidity has absolutely no climax. Karamojong are sitting on Alivio gold yet they did not wear clothes until when Iddi Amin declared a war on Karamojong walking naked. What I have written on Acholi & Langi matches word for word for Bakiga and Easterners.

The second problem Uganda has today is that it owns a single tribe in the center called Baganda that make almost 7 million people, of whom almost 95% are dumn. Now that is a very bold statement, allow me five minutes to factually back it sir.

Although Buganda was established way before the protection of the British, it stalled its growth for its population is stupid. They have a land that is fairly fertile, they have the highest fertility rate, they own an administrative structure since God knows when, yet Buganda goes nowhere to today when it has reached a point of assimilation. The last number I saw was 75% of babies born today in Buganda are fathered by Rwandese, if that is not assimilation tell me what is. Every population you see out there develops for it backs each other, there is no Muganda that will ever back another Muganda, they try so hard to appease none Baganda by selling each other to the none Baganda, the woman that was killing the most Baganda in Katabi to appease Acholi and Langi in power, was UPC chairman Nalongo a Muganda. Because Mutesa one wanted to appease none Baganda, he tied his fellow Baganda in Namugongo and decapitated them. Uganda Martyrs were never killed by Acholi or Langi, they were actually killed by their fellow Baganda.

When Museveni came to power, there are Baganda is this city that stood up to help their region, sadly Museveni appointed a one Tomusange to be the Uganda ambassador in Ottawa. Well now that Baganda have a Muganda ambassador they walked into universities in this city and collected a trailer of books to be sent to Makerere University library, and handed it to their fellow Muganda ambassador. That container never arrived into Makerere, but the books were seen on Der Es Salaam streets being sold. Those that have lived long in these forums, remember a name Suleiman Kigundu, he introduced the forums structure among Ugandans in diaspora. But Kigundu was a pure Movementist, that was operating in a very volatile environment, for UPC at a time was still sensible and its membership were on the attack. Kigundu as a moderator stood between the two factions, those going after UPC and those defending it. As these factions kept on attacking each other, the Kiganda disease started to eat Kigundu slowly, and he started to attack his fellow Baganda in his own forum, selling them to the UPC none Baganda members, the last story of Ugandanet was told by our grandparents.

Baganda fail every single organization they find functioning, look locally in the city where you live, all Uganda organizations function well, until when a Muganda becomes a chairman, UNAA was a successful story, it was until when Baganda got their hands on it, then it became the single largest Uganda baby factory in diaspora. Today half the UNAA time is spent in courts of law, than serving the massive numbers of population we own in diaspora. Yoweri Museveni is one of those very good days going to stand up and shut off the shame we have in diaspora called UNAA, or all Baganda have to be fired and a team of none Baganda take over. UPC as a political party was created by Baganda, however wars started to walk through them, and they had no hope of ever leading the country, none Baganda took the party, rebuilt it to nationalism and took it to power even twice. And yes they also had their problems, but the total collapse of UPC as a political party in Uganda, became effective for a Muganda Bossa came to the leadership chores and he blew the party from within. There is a school of thought that had Bossa not been brought in, that party would have licked its wounds, and remain kept on a life support than simply collapsing as it did. Stop to change Uganda leaders, what you need is a new population and a cross breed between Kenyans and Pygmies can do you a trick.

If you are serious about fixing Uganda, stop talking Uganda politics and boldly stand up to call for sperm donations sir.

‹ Older Post I don’t think Bobi Wine has the mojo!
› Newer Post Land in Acholi is the most expensive in the country