By a Concerned Muiru.
Bagandas, Easterners and Northerners shouldn’t cry for Susan because this was a Western insider affair. These fat lazy stupid arrogant two-legged pigs called Bahima deny us jobs and then sit with their bi big buttocks in high offices to just brag around and not do any work which would have saved Susan. The bi men bibigula bubiguzi tebilina magezi. Please note that Susan was a Westerner too and these were the very people who got all the oil deals and only employ Westerners in their companies like Enhas and elsewhere. She died and the president (Sababizzi) was all over the place yet when our Entebbe women were being murdered day and night he wasn’t anywhere, even our fathers are being killed in masaka and he’s quiet but just a simple Susan got kidnapped and all the pigs were all over the news. Total Nyokore just. 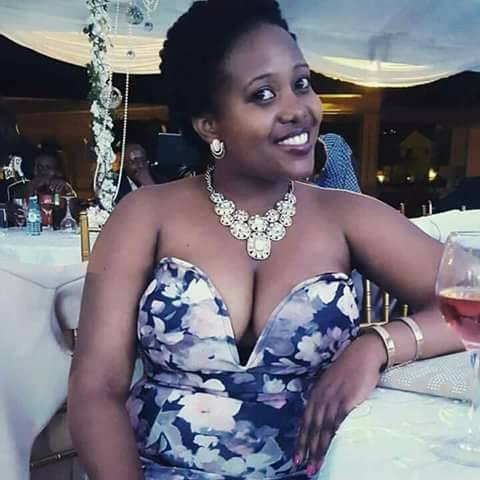 Late Susan Magara(R.I.P) who was kidnapped, and later killed

I can’t forget the day I went to Ministry of finance to drop in my application and found out that the official language their was Runyankore from cleaners to the directors. They asked me in Runyankore whom i knew there and I didn’t know anyone so they told me not to waste my time. I felt like crying and that’s when I joined Owino. Before you call me tribalistic, just know I’m just writing about it here yet these Bahima are openly and shamelessly practicing it almost everywhere in the country, so who’s bad? Their sons and daughters are the only ones who can afford good schools and then they easily make it to Makerere University and you find that the guild president elections are like Banyankole village elections, total nyokore just.

Now these kidnappers too were Westerners who seemed to have done their homework very well and knew that the family had more than 1 million US dollars to pay. They were even speaking their ki language all over like the SFC soldiers speak Runyankole only since they don’t see any other tribe at statehouse. In deed the Magara family is so rich in that they’re well connected to the president meaning they’re well connected to the national Treasury, so where do Bagandas come into this? Can’t you see that your Northern friends are quiet? Baakoowa dda.

The kidnappers used 17 unregistered SIM cards all along, so where was UCC, ISO, Special Forces and NIRA? Just full of naturally stupid Bahima occupying offices meant for capable and qualified Ugandans who are instead doing jobs out of their professions due to nepotism in job sector. But now that they’re being targeted by kidnappers, God has finally answered our prayers because all the millions they’ve been stealing will be demanded within 20 days or else they’re sons and daughters will face the knife, isn’t this good news?

On the other hand, I fault the Uganda Police for not doing their work to capture or at least get sensible clues about these kidnappers because they had a whole 20 days to do so. They could’ve put a tracker in the paid money, employed a drone to monitor movements of the person who picked the money or even have a professional negotiator to strike a better deal with them so as to save life but they did nothing. These are the stupid Bahima arrogantly posing in our offices, every district they’re the DPCs, every town clerk is Muhima, Kampala Metropolitan Police is like Kiruhura village association with a super art arrogant Muhima head called Mwesigwa and Owoyesigire as the spokesperson, the Baraalo are stealing land in Gulu, Entebbe town is like a village in Kiruhura now. Almost all ranked traffic officers in town are long-nosed with some still walking the city with cow sticks (nkoni) as if we motorists are cows. Gasiya.

The capable northerners and easterners are given lesser junior field roles in Field Force Unit to rot in poverty while the Bagandas like Kirumira are being forced to leave the force. Until qualified people are recruited into relevant offices in this country, expect this shithole to stink even more. If you want to arrest me, find me in my muzigo in Bwaise now, but use a boat because it flooded. Anti that’s where you want us to live.