By Peter Gwokto via UAH forum,

Ugandans have always been a united people. We are just not able to organize before some rotten mind comes from nowhere to add the tribal chemical formula to the unity periodic table. If you think Ugandans aren’t united, try inside the various tribes themselves. At least tribes fear each other but inside every tribe is a volcano of different issues imploding within with unimaginable intensity – clan squabbles, land issues, rebels, marriage, etc. We tend to overlook these Achilles heels yet, in fact, they are the reasons we become who and what we are in the broader incremental levels of society. If we can’t bring ourselves to resolve the most immediate how can we face up to the broader distant issues?.
Our precolonial elders, kings and chiefs tolerated one another and, above all, went to the point of helping and hiding one another. But they had a common enemy- distinctly foreign, distinctly white and distinctly un-African (as un-African as he could be) because anything African was condemned while the reverse was held civilized and holy. These days, the enemies don’t just look like us; they are us and are among us. Nowadays, my enemy’s enemy is my friend, literally – with Museveni being both the enemy and the friend to everyone and everybody, turning us against one another irrespective of a common language, culture, or shared region. Each time I think of this point, I am reminded of my Prof. Apollo Nsibambi(R.I.P); how he used to defend Buganda and wiggle his tail in the face of Obote’s government and specifically to Northern students in his class. 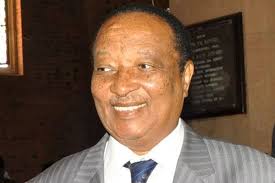 Most of all,I am equally impressed by how Museveni silenced Nsibambi over the same issues by bottling his mojo in an Ankole milk gouard to the extent the professor started barking in a different language and from a different bush in Uganda. He was nakedly tail-less in the presence of his own people. I could be wrong – maybe he just saw the light and was trying to undo the Obote-time rhetoric.

I too, like many others in UAH, were ‘coerced’ by Abbey into joining the forum. I have received a few bruises myself and effectively delivered a number to edgy forumists. For some of us who have been browsing since Al Gore invented the internet, we have learnt resilience but above all, learnt to accept the views of others however lethal. Yet, above all else, we have learnt to open up. That’s why there are idiots in this forum who glean raw discussions and submit them as news to Uganda newspapers – papers who are just as stupid to publish them without verifying source and fact because there is an empty column to fill. There are over a million Ugandans registered in this forum including MPs and ministers. Probably they laugh at Ekkissodde and I doing the sibling rivalry thingi, sometimes talking serious issues and occasionally lynching each other with such ferocious verbal assaults only a spear or a gun could bring it to end. Yet I am reminded of many teachers telling students that the only dumb question is that which has not been asked. Well, that means the person harbouring the question is also dumb – so are the thousand silent ones on this forum. Afterall, we are known for electing MPs who do not know the country’s peoples and when, after nearly 20yrs in parliament and in their 40s, still refer to citizens derogatively and get away with ignorance as an excuse is a pathetic characteristic of illinformed electorates. Perhaps parliamentary candidates should be given written tests in social studies, history/civics, and geography to screen their understanding of Uganda before they invoke ‘ignorance’ as defence. I thought I once heard that ‘ignorance’ of the law (society) is no excuse for a crime/offence?.
In the West, it would be game-over.

“The north needs a leader that can unite all those groups to work together”. Not just the north, although I understand the emphasis. The unity must first accept our social, cultural, and economic diversity as well as the interdependencies and symbiosis. For the most part, politics in African traditional societies were a subdued affair and intertwined, loosely, with the cultural and economics fabrics of a society. African societies never entertained politics as it is today because of its divisive nature. Above all, when all is over and done, contemporary African politics often immunizes itself against reconciliation thereby breeding anger, contempt, hatred, etec. We watch as Clinton and Obama rip themselves with obviuos ‘hatred’ and contempt. But Western politics, unlike African politics, harmonizes itself immediately a leader in chosen.
With us, a loser countinues to be pounded even when he is flat on the ground, insults fly forever, and even at the helm of power the winner still wants the looser deader than dead because he challenged during campaigns. Finally, those of you in Kyeyoland should visit Ottawa and see how Ugandans live and interact with one another. You would want to ‘enforce’ this relationship in Uganda.

‹ Older Post We should blame the individuals committing crimes, not the president!
› Newer Post The 1977 Beauty Contests were the best so far In Uganda