Well Done, Abbey-UAH has a place in the hearts of Ugandans & history of Uganda! 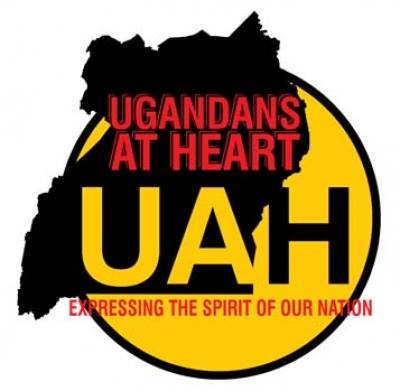 It is easy to shake up the system with organized, logical and critical assaults. UAH – I mean the forum, not the mysterious party – has been more effective at shaking up the establishment and the structures that support it than FDC, or at the very least, UPC and DP. So often, issues raised in this forum are treated with utmost expediency by the government than the screaming rhetoric of FDC’s nonsensical publishers in The Monitor or Observer.

SMACKS is getting it’s fair share of dealing with the fear of UAH (the forum). Little did any of you notice that when I criticized the Uganda Police website for its carbon-dated contents and a couple responded that the website gets updated with regime change, NRM nogooders in this forum actually confronted the police and they tore down the website the following day. Now the knows it is on UAH hitlist of the people’s Most Wanted for deliberate systemic failures. Someone, somewhere was getting his monthly pay for managing a website that didn’t live with the time, so was the webhost. The police also learnt that, such mundane crimes like theft of a laptop and embezzlement from a gas station do not deserve a webpage in the Most Wanted by any police establishment in the world as if to hide the fact that there are defilers, abusive spouses, rapist and Murderers lurking the streets of Uganda’s towns and villages.

In fact, the NRM government is now relying on UAH to ascertain its people weaknesses and failures. And to say the least, it believes what appears on UAH and reacts with incredible speed compared to the lifeless swipes by FDC. The irony of it all is that issues raised here are those the system should have been able to identify before hand – that’s what public service admins are supposed to do. UAH is giving free general consulting service to the government. My suggestion is that, UAH starts zeroing on those in authority for failures in the organs entrusted to their leadership instead of criticizing the organ at large. Its time they are forced to resign and met stiffer penalties – the consequences of a people’s frustration and determination. FDC’s complains are simply a bee-sting on an NRM that is not allegic to beestings. But UAH exposures are a thunderous elephantine crush whose immediate impact and reverbarations always paralyze the NRM.

I believe there are more NRM info gatherers gleaning policy strategies from UAH than the number of ISO agents tracking FDC panel-beaters. You should not be surprise that NRM agenda for 2011 will be based of visions compiled from policy expressions in UAH. Museveni, the only Ugandan visionary, has run out of Vision.